The motto of the project Millenari di Puglia” is: “the olive tree in Apulia a 3.000 year old treasure”. Although there is proof of the use of olives in prehistoric times, it is thought that the ancient Messapians were the first to introduce olives to Apulia. About 3000 years ago the first graft between the wild olive tree “the olivastro” and the domestic (more productive) olive was undertaken, in an attempt to obtain olives which could produce the precious oil. The first olive cultivation was developed by ancient civilizations in Palestine, Syria, and Crete. The Holy Bible contains a quote referring to the dove of peace returning to the Ark with a leaf in its beak. The leaf was from the land of olive trees. The olive tree in its wild shape is an evergreen shrub with thorny branches which produces a small quantity of oil as compared with that produced by the domestic olive tree. The oldest technique of planting an olive grove involved grafting wild olives (widespread across the Mediterranean area), with the European “olea sativa”. The results of this technique were disorderly olive groves without the necessary distance between trees such as those introduce by the ancient Romans. Interestingly, in his treaties “De re rustica e De arbori bus” Giulio Columella ( 1st century B.C.) discusses the technique of planting olive trees in regular lines, with plants put to a distance of 60 feet, (18 metres) examples of this method are found in many thousand years old olive tree groves which are located close to the areas of the Traiann road of the Roman period.

The work of the Association ( under the umbrella of the Apulian Region) involves the identification, classification and recording of the finest and largest trees/groves. 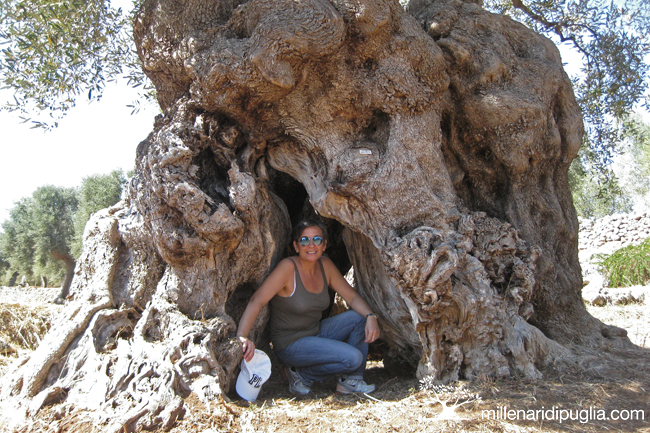 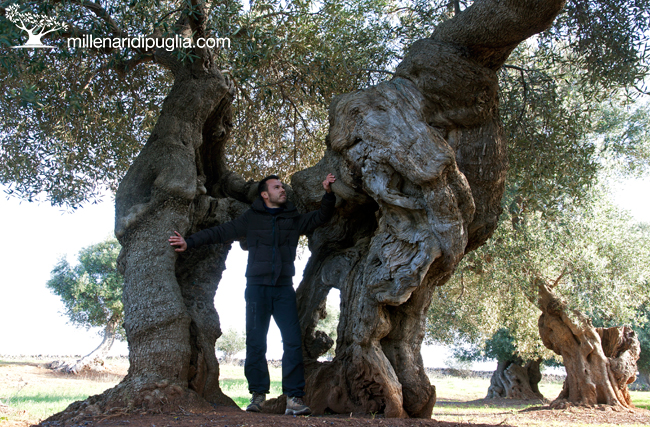 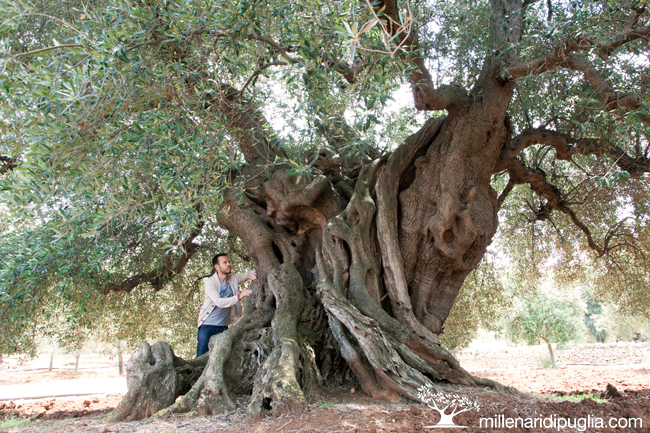 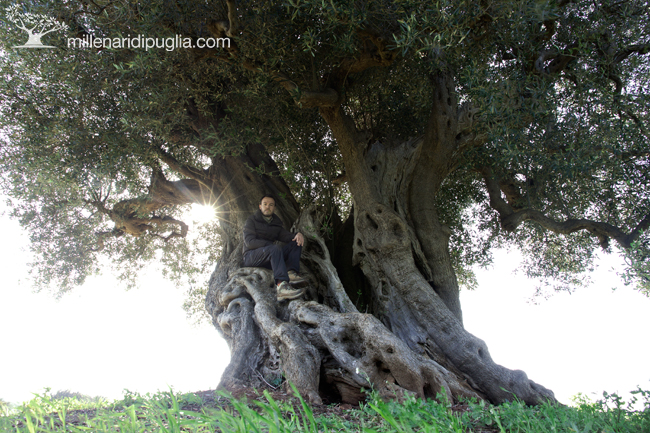 The plants of the thousand years old olive trees

Today the area between Monopoli, Fasano, Ostuni, and Carovigno is where the greatest numbers of these ancient, millenarian olive trees are to be found. As referred to previously, one of the most ancient streets “via Traiana (built under the dominion of the emperor Traiano about 2000 years ago) to link Rome with the harbor of Brindisi and the east. Helped to develop the trade in oil The Traiana route passed different ports from where boats full of jars containing this precious yellow gold sailed towards north Italy and northern Europe. Along the Traina’s route there are large numbers of farmhouses with their own hypogeum oil mills and olive groves, that are Roman or Messapian . 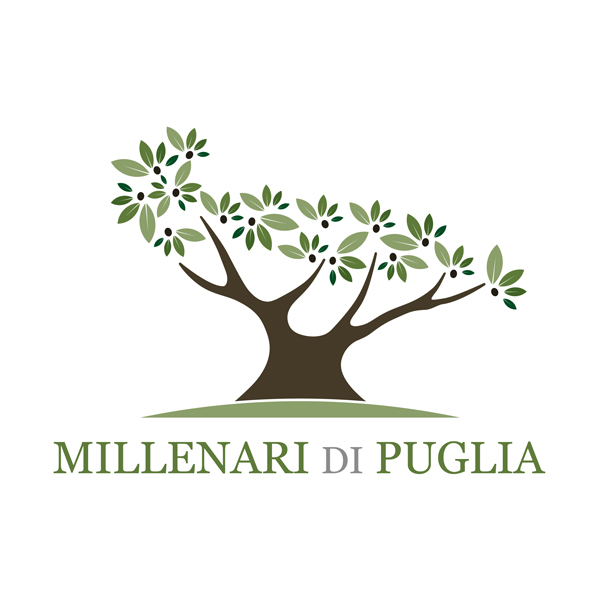